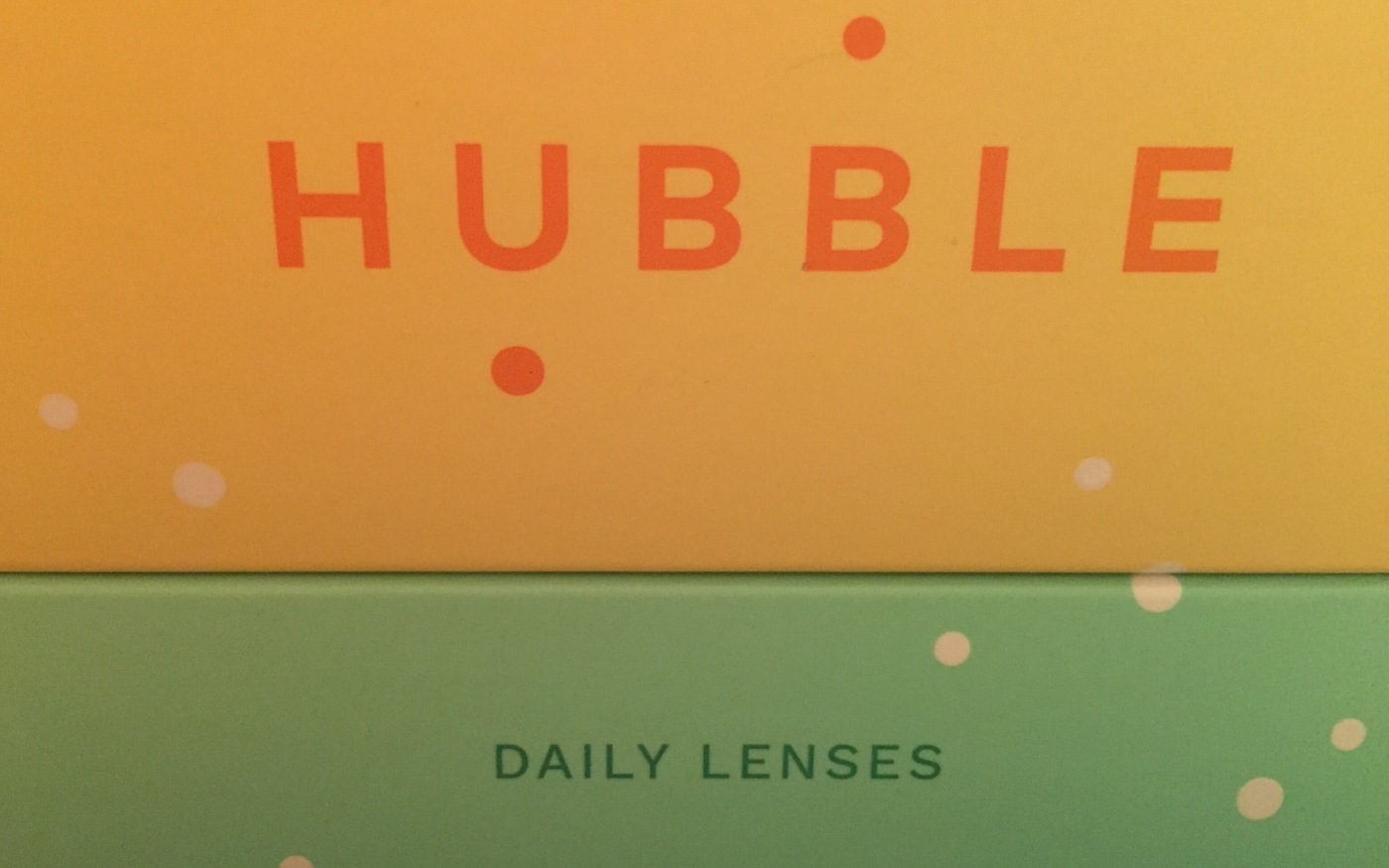 Ok, today is officially the end of my two week trial run with Hubble Contacts. I wrote a review like three days in that can be found here. I was pretty green about the product than but was so excited about it I had to give my take on it. But, I wanted to really be able to say I wasn’t partial and give an honester review.

I wrote last time that the packaging was cute but the perforations on the lens containers were Pearl proof. Well, I found a way to make it work! Ok, normally people would just lift and rip because hello, perforations. This caused issues as it ripped open some of the contacts. Now, if I had different strengths on my eyes that would’ve definitely caused an issue. Thank goodness I don’t. The best way to not rip your containers? Don’t lift up. Push down. The containers will snap right where the perforations are making it super easy and rip free.

The lenses are still soft and thin. You know how when using biweekly lenses you can sorta feel them and by the end of the two weeks you know they are older lenses? Well, no worries with Hubble. In fact, they are so thin you may forget they’re even in and fall asleep. To be fair, if you have bad vision like me you should be able to tell you still have your contacts in. But, when you’re not paying attention or have other things on your mind you really don’t notice them. I know, first world problems. But seriously, I woke up around 1a three times thinking I’d been healed by bad eye sight only to realize I really just still had my contacts in. The lenses were a little dry then but that’s because of sleep.

Talking about dryness, they don’t dry my eyes. Really. And let me just go off on the importance of this. I have something called Sjogren’s Syndrome which causes me to battle with dry eyes. These contacts do not dry my eyes out during the day. I put them on and forget about them. I don’t even have to readjust!

These definitely beat my biweekly lenses. I didn’t have to worry about cleaning them or being extra careful they didn’t tear while taking them out. They also beat the lenses my doctor says is the best because of cost. I honestly can’t say Hubble Contacts is better than the one he recommends since I’ve never tried his recommendation. But, he’s never tried Hubble so he can’t make that distinction either.

A few things I do want to say about Hubble that I think I forgot on my first review.

*They only go a certain prescription strength right now. Positive is 5.50. Negative is 12.

*They are FDA approved.

*They will verify with your doctor that your prescription is valid. Then re-verify when it expires. And trust me, this is a good thing because they’re protecting your eyes.

*They will autoship you every month new lenses so you will need a credit card or debit card on file. With that said you aren’t obligated to get 30 pairs every month. You can change your order to meet your needs at any time.

*When I first ordered my trial set it took about five days for it to get to me. Make sure you have lenses to cover. I didn’t think about that and I had to use my biweekly lenses an extra five days. Ugh.

If y’all are still on the fence I’m telling you it’s a great investment. Seriously you can’t lose on the trial with a $3 charge. You’ll love them. Cross my heart. xoxo