For the Love of Seasons 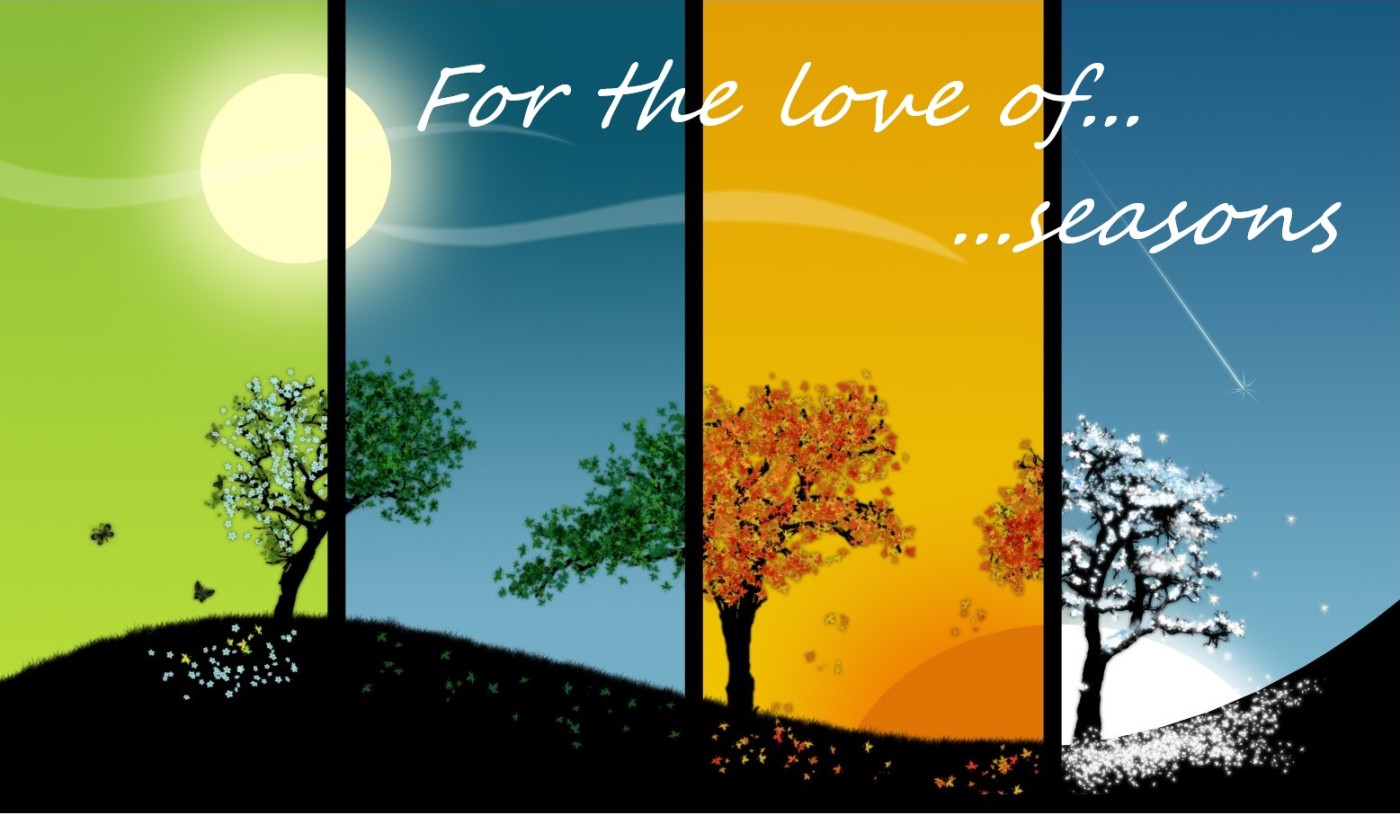 I failed, like completely this month. I’ve not posted a single blog. I’ve written but focused my attention on other things. With the month winding down, I wanted to post a very late October for the love of post. Stay with me as I try to get my groove back because I have a lot to say and it may not flow right or it may flow into November’s post or it may downright sound dumb.

When October hits people begin to gear up for three things: fall, winter and the holiday season. For me, it was really more of a buckle down and listen season.

I never really thought about the different seasons of life. It wasn’t really until the end of September and through October did I hear people around me talking about seasons. They talked about their growing season, their blessing season, their rainy season. They talked about the seasons when they saw more mud then sunshine, more dust then harvest. I heard people talking about how they were brought out of their season and what they received coming out of it.

It got me thinking.

I’ve shared before how this last year I have been in a season of growth. At least I think I have. It sure has heck felt that God had the fire on my tush telling me, “Pearl, it’s time.” In October I sat down sorting out all the things that have happened through the year to see if I could be part of the conversations of seasons. As I sat down reminiscing I realized this year hasn’t really been a growth season rather a season of transition. This season has helped me to get out of survival mode and depend on God. It helped me grow to trust people around me in my most vulnerable moments of my life. It helped me grow patience in a process that was not my own. My transition season has brought further healing to a soul that was lost, confused and closed out to the world. It has brought comfort, laughter and love.

As I looked back at the year I seriously face palmed myself. How did I not realize that I was already part of the conversation of seasons? I was – like we all are – living proof that life has seasons. We sometimes, though, forget to take the opportunity it presents us so that we can learn more about ourselves and God. I spent so much time in my life resenting my seasons for one reason or another that I couldn’t see the full blessings I had been given when I finally seized the opportunity to take God’s hand. Life can already be gloomy and depressing all on its own. I kept walking around my mountain because I took part of the gloom and doom. Until I didn’t. Until I chose to be shaped and prepped for the future.

Don’t get me wrong, I know it’s easier said than done. Heck, I can show you the actual scars to prove it. But, there comes a time in your life – like it did in mine – that I had to say, “Hey, this is on you. This darkness, if you want out then you had to fight to get out. If you want to be blessed you need to bless. If you want to grow you need to become vulnerable.” Listen, I am only here by the sheer mercy of God. I should have been dead years ago. But, something stirred in my heart. Something kept calling me. So, I seized my opportunity. Are you seizing your opportunity? What is stirring in your heart today? What opportunities are waiting for you to grab hold of? What is God whispering in your ear to let go?

Don’t waste the season of life you are in because you want the next one to come, because you don’t understand the current one, because you want something better. It’s so easy to want greener grass during some seasons in our life. Just remember, the Bible says, in due season we will reap if we don’t give up.

For the love of self I’ve learned to let go of control to find joy. xoxo

for the love of, inspiration, My Walk

One thought on “For the Love of Seasons”