Lately I’ve had this health fix. For years now I’ve always been concious of what I put in my body but lately it’s been kicked up. Sometimes a little too extreme then it should, but I’m working on that. But, I’ve been really into hiking and walking so today we went on a hike to Warrior Point. We took the niece and nephews with us in hopes we could have a picnic, swim, and possibly fish. I’ve always said I love adventures, and it was a darn fun adventure.

Pregame: Getting the kiddos ready
Remind me next time to jump start the kids with coffee. I kid. Really. I think. Mostly. It took some coaxing for them to fold their blankets, brush their teeth and put on their hiking clothes. After breakfast was done it took an even greater time to get the shoes on the four year old. If it’s terrible twos and truly terrible threes, what do they call year four? I will attest my incredibly smart and handsome four year old nephew tries every ounce of patience I have in me.

First Quarter: Finding our way to the trail
Google Maps lied. It said it would take us 64 minutes to get from my home to the trail. Okay, it may have but that’s only because I sorta went pokemon hunting, stopped to get a permit, and got some liquid ecstacy – relax people, I only mean coffee.

The permit was in a little mom and pop grocery store that is probably the only grocery store on the island. I refused to go alone because my introvert kicked in. Hubby tgged along and we had fun chatting up who I can only assume was the shop owner. The best part of this encounter?

I’m a lollipop whore. There, I said it. Wanna make me smile? Give me a tootsie pop. The little grocery store sold these babies at $0.10 each! Like, what the what!? I couldn’t pass up on goodness. Mr. Shop Owner gave us a map and told us to keep going until there’s no road left. And so, off we went in search of our adventure.

Second Quarter: The trail
Dirt road. Nude beach. Port-a-potties. No signage. There was so much going on just to get to this trail. But, we made it.

We each had responsibilities while we were on the trail. Well, all but the small fry. Along the way we encountered thorns, mud, animal footprints, trips to the ground, blue teeth, and races to multiple finish lines. I anchored the back because the little one decided there was just way too much grass and unknown plants and bugs for his comfort. 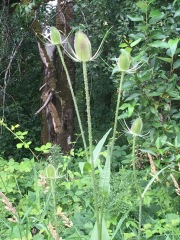 Everything is taller when you’re 5’3″

Because shrooms are cool

Every ladybug caught their eye 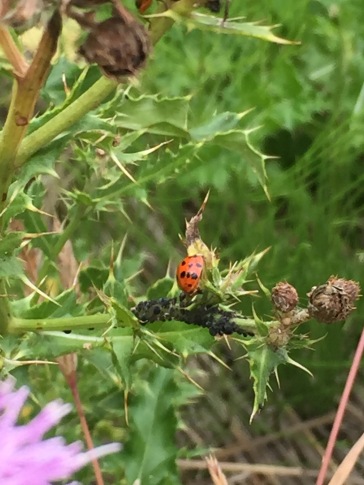 Because ladybugs are cool too

The hubby got a kick out of this #sogrownup

We even got to be in touch with our Sebastian side and sang in a microphone. We watched for gopher holes. Wondered what the heck a well was doing on the beach. And literally took forever and a day to get to the beach. The hike was 3.5 miles. We walked for over two hours because small fry really couldn’t do the grass and bugs.

There was even a point where I was attacked by a vampiric mosquito. Little did the mosquito know I took kempo while growing up and I killed that demonic bug.

Half Time: Picnic at the beach
It’s no secret I love the water. The beach was absolutely beautiful. The water wasn’t cold. The sand was soft. The weather was just right. Families gathered to have fun. Dogs bounded so close to you that you swear you were going to be hit. Sea shells. Waves from the boats. Kayakers. Fishermen. Food and snacks. Lounging on the sandy shore is always something I will welcome. While the kids played near the shore I read. I may have pretended to read and actually napped.

Me doing an actual selfy.

They were in a trance as they watched the big ship pass. 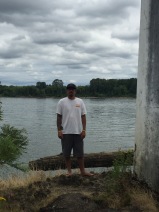 The smallest lighthouse in Oregon

Love the sand between our toes. 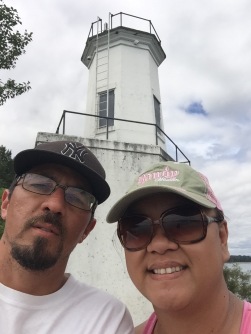 We spent probably two hours enjoying the beauty of the Columbia. The kiddos got to play in the sand, wade in the water, cry because there were sand in their eyes. We had lunch, visited the smallest lighthouse in Oregon, cleaned our mess and headed back to civilization and running water. Because, by this time it had been hours since I used the ladies room.

Third Quarter: Our trek back
Am I considered a horrible person because I bribed them? The two boys were having fits about the grass and the bugs and the thorns going to the beach. I wasn’t for an all out struggle to get them through it again. I promised them if we could get to the car by 5p and be at home by 6p they would be able to have ice cream – before dinner.

RyRy was Spider Man as he lead the way. It helped he had some sugar, cheese and a gatorade during the walk. RB3 on the other hand was cramping up and dying because of the pace his brother kept. I again anchored the back pushing the straggler on.

Flowers with bees even funner.

Not a coqui but still cute.

Was their war or something?

RyRy started to slow until his Spidey was recharged

Yellow is my grandma’s favorite color. 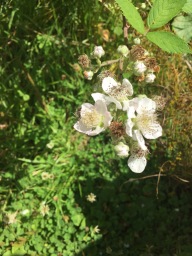 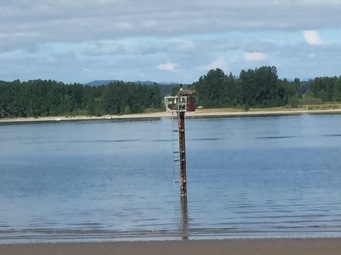 Can’t get enough of them.

Fourth Quarter: Homeward bound
Left at 320p.
Arrived at the car 445p.
Would have reached home by 6p if my phone wasn’t dead and we could ask Siri for help.

The babies were determined to walk the path after the promise of ice cream. And while they believed some of the landmarks were there for wars or to call Batman, I took the time to photo op everything I could. Obviously. Most of the adventure was done on the trail and on the beach. The last adventure – except the whole getting lost and having to find our way – was this darn bridge. I was happy we didn’t have to go over it on the way in. Somehow on the way home it was the only way. 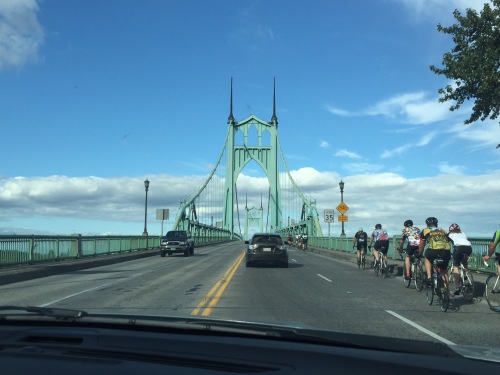 Postgame: Winner
We did it. We walked the trail with the three kids and we didn’t think we would be able to. They drove us crazy most of the time (never Nia). I had a blast. We may have gotten slightly off course on the way home but when your phone doesn’t connect its a little hard to know which way is what.

In the end the kids became worn out. The hubby became worn out. I became worn out. But, we mastered the hike and became warriors ourselves. An unpredictable, unmarked path led us from a gravel parking lot to one of the most serene places I have been in a long time. It isn’t the prettiest of hikes. But, it was definitely worth the wait. xoxo